Fungi Can Help Concrete Heal Its Own Cracks Fungi Can Help Concrete Heal Its Own Cracks

This is an interesting article about a low-cost, pollution-free solution to infrastructure problem: New self-healing concrete has fungi that “heals” cracks in crumbling structures. A type of fungi spore is mixed into the concrete mix and lays dormant until it’s exposed to oxygen and moisture from cracking. Then it grows creating calcium carbonate that helps “heal” and fill in the cracks.

Read the entire article at the link below.

The brainchild of researchers at Binghamton University, this revolutionary product was developed by mixing concrete with nutrients and the spores of Trichoderma reesei. This fungus, originally isolated from a fragment of cotton canvas found at the Solomon Islands, was chosen out of 20 different species of fungi because of its unique ability.

“With enough water and oxygen, the dormant fungal spores will germinate, grow and precipitate calcium carbonate to heal the cracks,” explained Congrui Jin, a co-author of the project’s study and assistant professor of mechanical engineering at Binghamton University.

“When the cracks are completely filled and ultimately no more water or oxygen can enter inside, the fungi will again form spores. As the environmental conditions become favorable in later stages, the spores could be wakened again.”

On top of being environmentally friendly, one other major advantage of using T. reesei is that it has no adverse effects on human health. In fact, according to an article that Jin wrote for ScientificAmerican.com, T. reesei is already being utilized in the production of cellulase and other carbohydrate enzymes. Though of course, Jin and his colleagues intend on conducting further experimentation to assess the short- and long-term effects of the fungi on human health and infrastructure, if any.

The project is still in its early stages, giving the researchers more than enough time to work out the kinks. Of these issues, the biggest is the fungi’s vulnerability to harsher environments. Concrete in and of itself isn’t a suitable habitat for the fungi due to the tiny size of the pores and lack of moisture. Severe temperature changes brought on by the summer and winter months only serve to exacerbate the problems.

“Our research is still in the initial stage and there’s a long way to go to make self-healing concrete practical and cost-effective,” wrote Jin. “But the scope of American infrastructure’s challenges makes exploring creative solutions like this one worthwhile.” 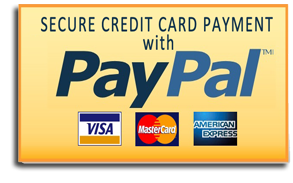